Bitcoin Optimism: People in Developing Countries Believe the Future of Crypto is Bright 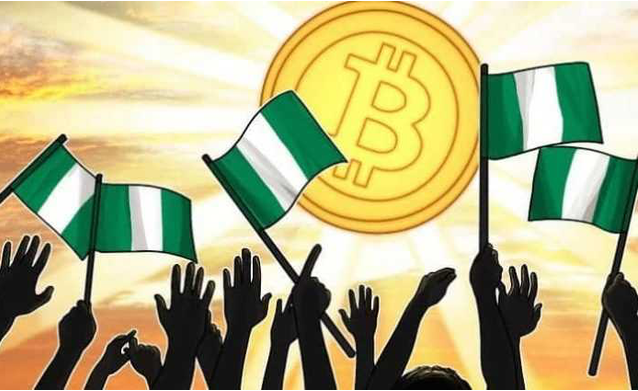 Many members of the financial establishment in industrialized economies view bitcoin and other cryptocurrencies with skepticism as a speculative and highly volatile trend that is bound to end badly.

US and European regulators have issued dire warnings about the dangers of crypto trading. In China, regulators are cracking down hard on crypto mining, forcing crypto companies to shut down their operations.

In underdeveloped countries, however, there are indications that crypto is quietly making deeper connections. Especially in countries with a history of financial fragility or where the inability to access conventional payment services such as bank accounts is increasing, the use of cryptocurrency is quickly becoming a part of everyday life.

According to a survey conducted by digital payment company Block Inc., the more respondents rated their own level of understanding of Bitcoin, the more hope they have for the future of Bitcoin.

The survey also reveals that people in underdeveloped countries are more positive about the future of crypto than those in the west.

The analysis, which was released on Tuesday, demonstrates an association between optimism and the likelihood of making a purchase, and compares that result to respondents’ self-reported level of knowledge. 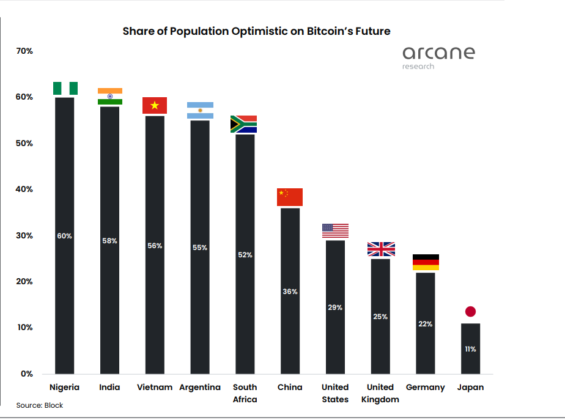 Nigerians are positive about the future of Bitcoin

For example, Nigerians (60%), Indians (58%) and Vietnamese (56%) are the most optimistic about the future of bitcoin.

Only 29% of Americans and 22% of Germans respectively are hopeful about the future of crypto. This is in stark contrast to the optimism that prevails in poorer countries.

Low-income people, wherever they live in the world, recognize bitcoin’s value as a payment infrastructure, seeing it as a way to transfer funds and purchase goods and services.

These results are not unexpected, given that Nigeria, India, and Vietnam also ranked highly in the Chainalysis Global Crypto Adoption Index 2021.

According to the Chainalysis GCAI 2021 survey, a number of emerging market countries, including the aforementioned countries, rank high on its index due in large part to the high number of transactions on peer-to-peer (P2P) networks. ).

Bitcoin: the most popular cryptocurrency

Based on interviews with scholars from these countries, a large number of citizens use peer-to-peer cryptocurrency exchanges as their primary entry point into the crypto market, usually because they don’t do not have access to centralized exchanges.

Compared to the United States and Germany, Japan scores lowest with just 11% optimism about Bitcoin’s future. Surprisingly, China has a higher Bitcoin optimism score (36%) than Western countries, despite repeated government attempts to ban the cryptocurrency.

Meanwhile, Bitcoin was the most well-known cryptocurrency overall and across all regions, with 88% of respondents having heard of it, twice as many as the 43% who had heard of other cryptocurrencies. currencies.