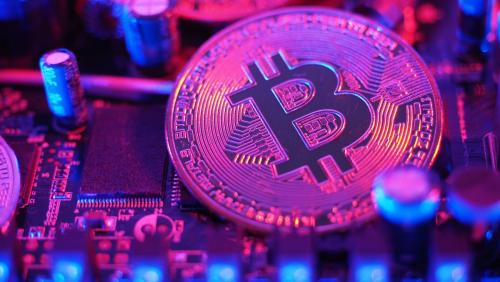 In this episode of Bracewell Crypto Bits, host Anne Termine and Brittney Justice discuss some key points about stablecoins and central bank digital currencies, or CBDCs, from the Consensus 2022 conference held in Austin, Texas, June 9-12. Consensus 2022 is a festival-style event that showcases and celebrates all that crypto has to offer.

At the start of this conference, there were a maximum of 500 people. How many people attended this year?

About 17,000 attendees, so just a massive amount of people. I think it shows how quickly the industry is growing and how excited people are to find out more or discuss it with others involved in the industry. There were also some very big names who attended the conference: Senators Toomey, Gillibrand, Lummis, Edward Snowden, Samuel Bankman-Fried, 2 Chainz.

One of the panels was the Washington Crypto Awakening, which featured Senator Kirsten Gillibrand and Senator Cynthia Lummis, who recently produced a bill that is a comprehensive regulatory framework for the crypto industry. Plus, you had Senator Pat Toomey and Rep. Patrick McHenry. Both sides of the house, both sides of the driveway, are wondering where the Hill is, where does the legislation fit into this space? Was stablecoin the first thing they covered in this panel?

Stablecoin was one of the only things they really talked about on their panel. They hit the ground as soon as they hit the stage and the mics were hot. I think everyone was losing their minds because they literally sat down, Rep. McHenry in particular, and the first thing he said was, “There will be stablecoin legislation passed by the end of this year.”

The fact that Rep McHenry sat down and said, “There will be stablecoin legislation”, is not necessarily 100% surprising, but with the force of what you say he brought it . Did you feel like they could actually come to some level of agreement on this?

There was this general theme that they kept repeating over and over again, that they all agreed on the importance and urgency of passing some sort of stablecoin legislation. They also continued to mention that everyone on the Hill kind of agrees on many major aspects of what needs to be in any stablecoins legislation, but that anything critical and excluded from the legislation on stablecoins is not due to a disagreement on the Hill. necessarily, or any issues with Republicans and Democrats necessarily at odds with each other.

Did they clarify what their definition of a stablecoin would be? As we’ve discussed in previous podcasts, and you and I have discussed this at length, once you start defining terminology in the space, you run the potential of automatically shrinking it, and thus stifling innovation. . Did they give any idea where they would end up with the definition of stablecoin?

They haven’t, but Rep. McHenry, one of the first things he said was that the most important part of this legislation will be how they define stablecoin, and that if they can’t get it right, it’s almost better if Congress doesn’t move on this, than to make a mistake and define the stablecoin too narrowly, too broadly.

Have they discussed products such as central bank digital currencies?

Central bank digital currencies, CBDCs were mentioned very briefly at the end. Representative McHenry very quickly dismissed the idea of ​​a CBDC. He said, “That’s not going to happen. The Fed doesn’t have the power to regulate individual transactions.” That was his starting comment. He was the only one to comment on CBDCs, but in other panels at the conference, it didn’t seem like a popular concept. I didn’t necessarily expect that. In another panel, one of the heads of Circle Internet Financial, which is a payment technology company, called the idea of ​​a CBDC absurd. He used that word. There was a lot of hate against CBDCs, surprisingly.

Any other top takeaways from the conference for you?

It was so interesting to meet so many really cool people. People who were new to the crypto industry, people who have been in it for 15 years, since the very beginning of bitcoin. I think one of the big takeaways for me was how quickly this industry is growing from people who are professionally in this field to people who are just interested in it.

Another thing that I thought was really great was seeing the diverse group of people that were there, and I think that really goes to a lot of the benefits of crypto, which is to say it’s good for minority communities. It’s good for people who traditionally haven’t been involved in the financial industry, and you’ve seen people from all walks of life here wanting to learn, wanting to get involved in the field. Although the crypto industry and the markets are not doing well right now, I don’t think this is going to go away any time soon and it’s something I left thinking about.