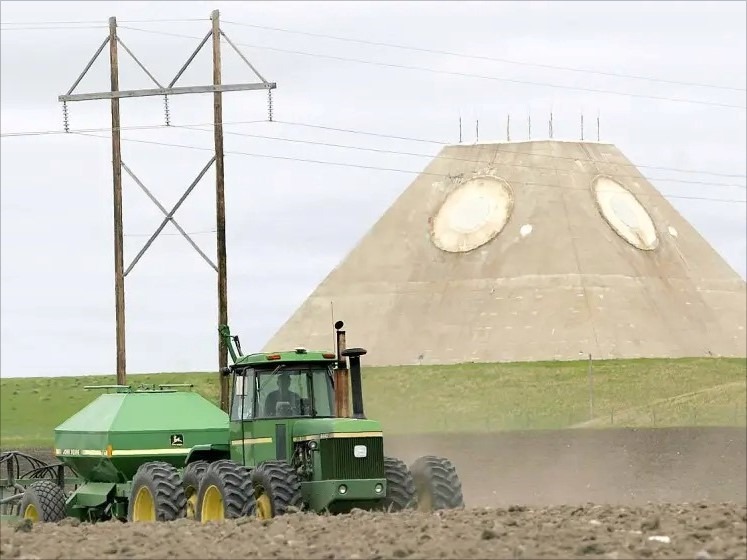 BISMARCK — North Dakota has a new selling pitch for out-of-state investors: a home for the “cleanest crypto on the planet.”

That was the mantra of the Bitcoin 2022 conference in Miami, where two representatives from the state Department of Commerce visited last week to speak with potential investors in the world of digital currencies. A trip of $35,000, the Commerce Department said it intended to generate a return of 20,000% or more on the Miami conference.

A combination of cold, dry weather and cheap electricity costs is attracting an increasing number of data center operators to North Dakota. At the same time, government leaders have touted the state as an emerging hub for these power-hungry server farms, some of which mine cryptocurrencies like Bitcoin, Ethereum and others.

Trade Commissioner James Leiman said the state speech on cryptocurrency was part of a broader effort to diversify an economy largely dependent on commodity markets like oil and agriculture. While the state has so far announced around $3 billion in crypto investments, Leiman said his department is close to sealing investments for an additional $3 billion from projects, including several investors. whom state officials planned to meet in Miami.

Data center projects have so far received no state funding in North Dakota, Leiman said, although Tax Commissioner Brian Kroshus said tax exemptions were available in some cases for technological equipment such as servers, routing systems and computer software.

“These commitments, branding and awareness are paying off,” said Leiman, who added that North Dakota has the right resources, infrastructure and tax structure to “plant the flag.” as the producer of the “cleanest barrel of oil” and the “cleanest crypto” in the world.

But as North Dakota leaders scramble to attract more cryptocurrency investment, a state energy official said he’s wary of trade-offs that more data centers might require, while some digital currency pundits have questioned the state’s ability to embrace its climate goals. with crypto mining.

In January, Governor Doug Burgum and two Montana companies unveiled a massive $1.9 billion data center near Williston that developers touted as the largest of its kind in the world. Crypto companies are building data centers near Jamestown and Grand Forks. And Bismarck-based Rainbow Energy, which is in the process of buying North Dakota’s largest coal-fired power plant, has announced plans to roll out a data center as part of the purchase, although the company is not did not provide details of this plan.

The state data center sector may also grow soon. The developer of the 700 megawatt data center near Williston, FX Solutions Chairman Richard Tabish said the project is part of a massive 1.6 gigawatt data center his company is pursuing in other parts of State.

Leiman said his department is looking to double or triple the $3 billion investment in crypto mining in North Dakota. Among the assets showcased by state officials at the Miami Bitcoin Conference, Leiman said, was the Cold War-era pyramid-shaped missile silo complex in the town of Nekoma, N. northeastern North Dakota. Commerce Department officials want to see the decommissioned site turned into a full-scale data center.

Crypto mining – a process in which specialized computers solve increasingly difficult mathematical puzzles to unlock currency – requires large amounts of energy. When it reaches full capacity, the Williston facility, operated by Atlas Power, is expected to consume far more energy than any city in North Dakota. According to analytics site Digiconomist, a single Bitcoin transaction requires 2,112 kilowatt hours of electricity, which is equivalent to the average US household’s 72 days of energy consumption.

Partly because of these high-powered operations, North Dakota Transmission Authority Director John Weeda said he has “mixed emotions” about the expansion of the data center sector in North Dakota. North.

Calls about crypto projects have plummeted as volatile bitcoin markets have fallen in recent months, Weeda said. He added that North Dakota has a limited supply of 24-hour power generation and that data centers will compete for power with industrial projects that could create more jobs and benefits. direct to established industries. A list of projects that have applied for or received state funding through a recently created energy fund are among the state’s high-priority developments with their own significant energy needs, Weeda said.

“I’d hate to see us unable to do them if we’re too committed to something we’re less sure of,” he said.

Dale Haugen, managing director of Mountrail-Williams Electric Cooperative, which will supply power to the Williston data center, said he was not concerned about limited power generation in his area. North Dakota exports more electricity than it uses, he noted, and there should be enough room on the grid for data centers and other energy-intensive projects. Mountrail-William Electric has recruited the 700-megawatt data center in Williston, and they are courting three other data center projects in the area, Haugen said.

Yet Tabish, developer of the Atlas Power data center, said he believes his company has already “tied up the lion’s share” of power generation in several areas of North Dakota with its 1.6 gigawatts in data center projects.

And while Tabish pointed out that FX Solutions relies on high-caliber equipment and plans to stay in North Dakota for the long term, he also cautioned against the “hit-and-run” strategies of some cryptocurrencies. minors. It’s not uncommon for crypto mining “energy hunters” to rush to tap into a cheap energy supply, only to abandon an area when finances aren’t round, Tabish said.

Due to the large amounts of energy required to create digital currencies, crypto mining has drawn criticism from environmentalists who consider the process fuels fossil fuel production and unnecessarily generates warming greenhouse gas emissions. the planet.

Some companies have sought more sustainable ways to mine cryptocurrencies and touted climate-friendly goals. When announcing the Williston data center in January, Atlas Power Chairman Kevin Washington said his company aims to become “the world’s largest cryptocurrency company with a neutral carbon footprint.”

North Dakota offers several advantages to companies looking to sustainably mine digital currencies, Leiman said. Data centers can be located near power plants in North Dakota, allowing for more efficient power transmission, and some small crypto mining operations in the Bakken oil fields use excess gas natural gas that would otherwise have been burned directly in the atmosphere.

But carbon capture technology has so far seen little use around the world, and it has yet to be tested at the scale needed to reduce North Dakota’s emissions. Some cryptocurrency energy consumption experts have said they doubt North Dakota will be able to ramp up cryptocurrency mining without increasing its output of global-warming emissions.

Joshua Rhodes, a research associate at the Webber Energy Group at the University of Texas, said local tax revenue and a limited number of technical jobs are among the economic benefits that data centers can bring to a region. Higher demands on the power grid could also force utility companies to build new power generation facilities, spurring job creation and economic growth, he said.

Still, Rhodes, who consulted with a Bitcoin company looking for cleaner ways to mine crypto, said powering data centers without increasing emissions requires a number of specific steps. Unless a data center contracts for 100% renewable energy, it will undoubtedly lead to higher emissions, he said.

Haugen said Basin Electric would serve the Atlas Power data center with a mix of generation types, which could vary between wind, coal and natural gas depending on the day.

Jonathan Koomey, a former Lawrence Berkeley National Laboratory researcher who has spent decades studying information technology’s use of electricity, said that if a data center draws power directly from the grid, without incurring clean energy nor build its own renewable energy generation, it is likely to generate higher emissions.

Koomey also cautioned against opaque players in the crypto world who are likely to take and leave a zone once conditions no longer meet their needs. While data centers can provide jobs and economic spinoffs, Koomey said the risks of crypto market volatility and high energy demands from miners can backfire on a community.

“Just because they have a big flow of money and private benefits that inspire people to support the project doesn’t mean the project has benefits for all of North Dakota,” he said.