Opinion: Get rid of it already! Cryptocurrencies like bitcoin are not inflation hedges 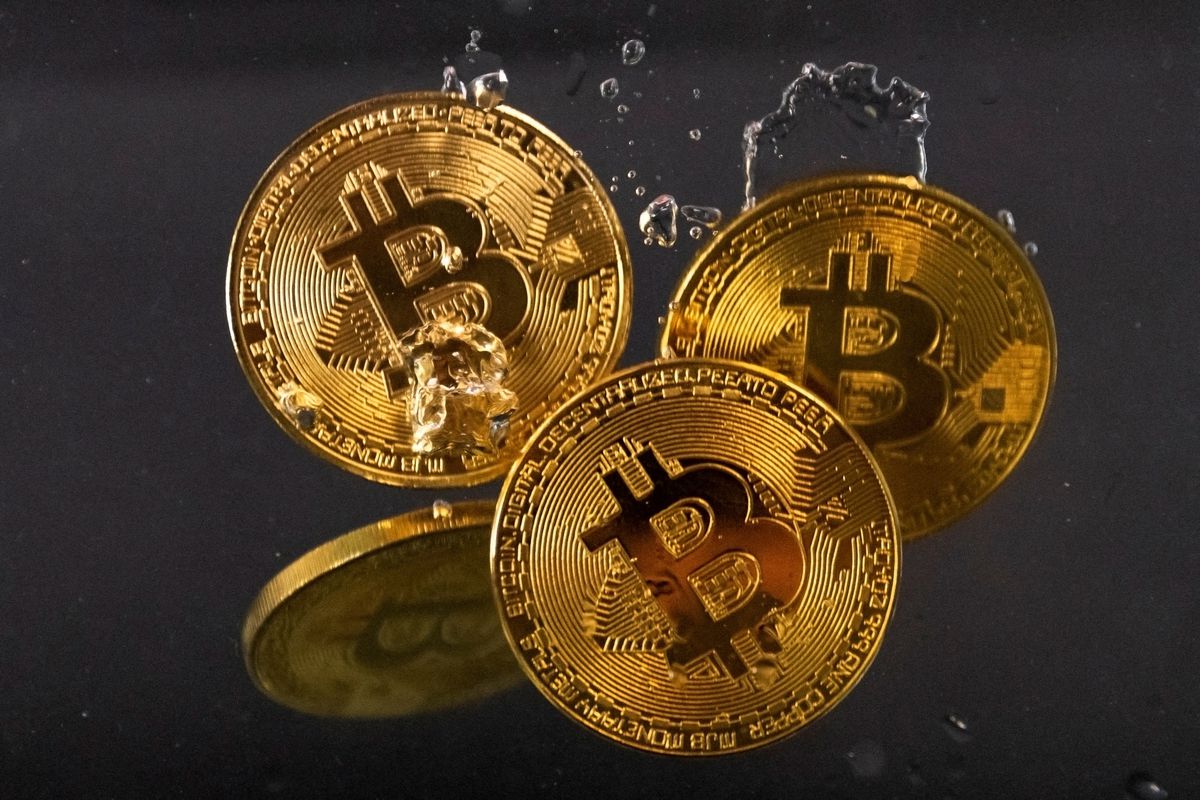 Have pity on the fools who still believe that bitcoin and other cryptocurrencies will prove to be reliable inflation hedges.

Sadly, these people are still here, clinging to vain hope, despite all the evidence to the contrary. Various digital currencies have fallen as inflation rates in many countries hit highs not seen in decades.

This divergence should dispel the illusion, peddled by many crypto apostles, that investing in these highly speculative assets will protect, and perhaps enhance, the purchasing power of ordinary people.

But that won’t be the case.

Digital devotion is now dogma for many retail investors, which is why global regulators must take coordinated action to protect these deceived followers from themselves.

Meme investing, including in crypto, is the epitome of groupthink. But the temptation is understandable because times are tough for ordinary people.

Interest rates are rising, gas prices are skyrocketing, and it’s costing us more to put food on the table. That’s why so many people are always willing to gamble what’s left of their hard-earned money on these speculative assets.

It doesn’t help that they were pushed by people like Elon Musk, CEO of Tesla and Ottawa-area MP Pierre Poilievre. The Conservative leadership candidate claimed, among other things, that cryptocurrencies like bitcoin offer Canadians a chance to “opt out” of inflation.

Such claims about bitcoin, in particular, are rooted in the idea that its supply is capped at 21 million, suggesting that its scarcity will preserve its value.

To her credit, Bank of Canada Senior Deputy Governor Carolyn Rogers debunked the myth of Mr. Poilievre’s “waiver” of inflation by pointing out that cryptocurrencies are not a stable source of value. .

But we live in the age of anti-intellectualism. There is no guarantee that people will accept such reasoned logic when crypto proponents attacked the credibility of our central bankers and offered the masses a more seductive solution to their inflation problems.

Regulators have their work cut out for them, especially when it comes to investor education.

A report published by tech firm Block on Thursday suggests that 27% of high-income earners would use bitcoin as “inflation protection.” It seems that 17% of low-income people share this view.

Meanwhile, recent research published by the Bank of Canada found that around 5% of Canadians owned bitcoin between 2018 and 2020. Additionally, this ownership was “concentrated among young, educated males with high family incomes and low financial literacy”.

Ouch! But that rings true.

It’s mind-boggling that anyone still believes it’s appropriate to suggest that bitcoin and other cryptocurrencies should compete with gold as safe-haven investments. Not only is gold something you can actually hold in your hands, but it’s widely accepted as an alternative asset.

China and India are among the biggest consumers of gold in the world precisely because it could be used as a medium of exchange. Why do you think Asian parents, including mine, are so obsessed with giving gold as a wedding gift?

Further, “as a tangible end product, gold exists even if new gold is not mined. The existence of Bitcoin depends on the support of Bitcoin miners and the existence of computer networks and electricity,” according to RBC Wealth Management.

Although some industry proponents also claim that cryptocurrencies are the solution to the global problem of income inequality, nothing could be further from the truth. Bitcoin’s recent price declines appear to be tied to waning tech stock fortunesaccording to analysts.

Even TerraUSD, a stablecoin supposedly pegged to the US dollar, has been caught in the downdraft. That prompted US Treasury Secretary Janet Yellen to reiterate her call for regulation in recent weeks.

A regulatory crackdown appears to be coming, but not soon enough for retail investors who have already lost their life savings.

All this double talk about inflation hedging is a cautionary tale about the misrepresentations that could follow.

Be smart with your money. Get the latest investing news straight to your inbox three times a week, with the Globe Investor newsletter. Register today.