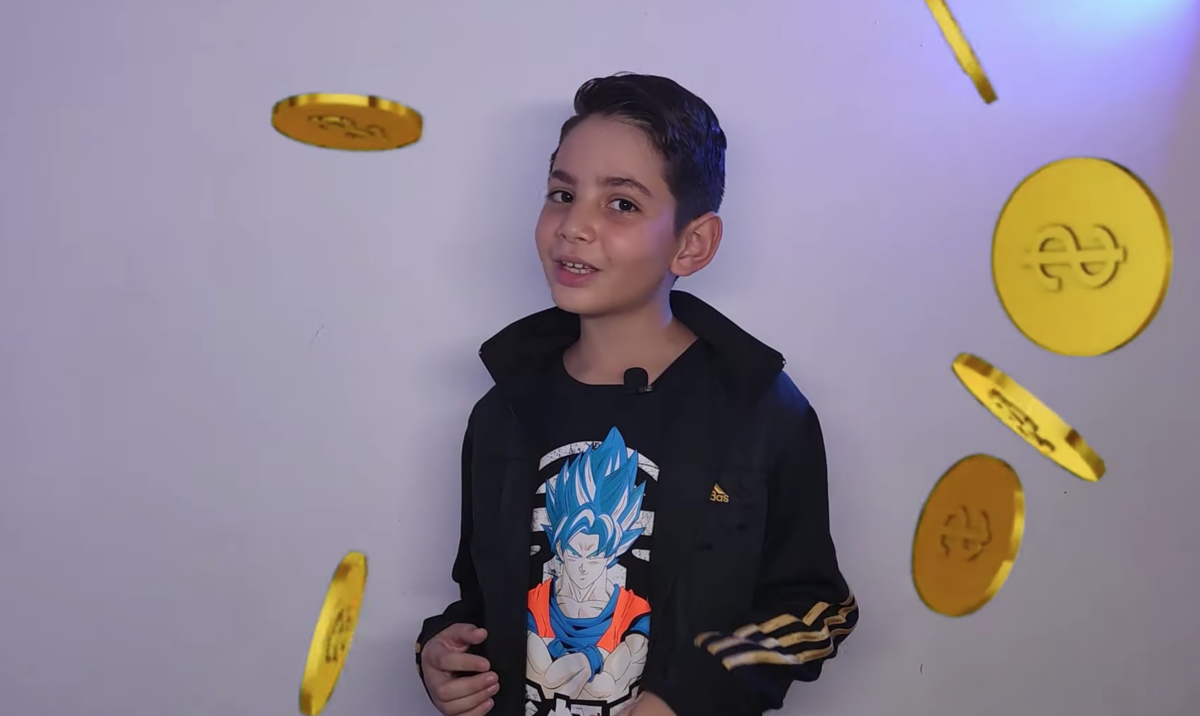 At only 10 years old, he explains better than many adults what digital currencies. She has more YouTube followers than American Lily Knight, the three-year-old girl who went viral in 2021 for talking about cryptocurrencies.

What do Lil X – son of the billionaire behind Tesla, Elon Musk – and Alessandro Freitez León, a 10-year-old boy who lives in Venezuela, have in common? They both have cryptocurrency assets and spend their time learning strategies on how best to hold onto their investment. The Venezuelan is also the first Latin American child to debut in Youtube to talk about digital currencies.

It was in a pizzeria in Barquisimeto – in the central area of ​​Venezuela – that Alessandro first heard about bitcoin, as one of the options offered to his parents as a means of payment for the meal of the day. His curiosity was such that he returned to Google about this new system. And from there, he did not stop. Today adds four months since he opened his channel Youtubeto which more than two thousand subscribers have already subscribed.

The videos of Alessandro and his alter ego on Instagram (@cryptodivierte) outnumber the Americans in followers Lily Knight, a three-year-old girl who went viral in 2021 for explaining the reach of bitcoin and trading platforms using examples from the Peppa Pig cartoon series. “I always wanted to be a youtuber. After going to eat in this pizzeria, it seemed important to me that people know that they can pay with digital currency,” explains the Venezuelan.

Alessandro’s initial investment was surely more modest than that of Lil X. He says he used $10, an amount he receives monthly at home and used to spend on candy and other whims. Now all the money he receives from him goes to his investments, which he manages with the support of his parents, a journalist and an administrator.

During these months he acquired a dozen cryptocurrencies which he knows is a long-term investment. “I cannot give recommendations on what to buy in my videos, I only explain them. Anyone who wants to do so can study the exchanges to store their projects, as well as the cryptocurrency they are going to use. You have to know that you’re going to risk money”it says.

Cryptocurrencies – bitcoin being the most famous of them – are fully digital currencies that function as a medium of commercial exchange. It is a virtual currency that is not controlled by any country, which makes the behavior of its value very volatile and depends on the rhythm of the market. With an initial investment in real money, you enter this type of modern “stock market”.

In the nearly 20 videos he has posted on his YouTube channel so far, Alessandro offers news about the world of digital investing. As well as simple explanations to understand what finance or decentralized assets is, what cryptocurrency mining is based on and keys to understanding the universe of NFT games.

The latter is what excites Alessandro the most: “I liked that through the games I earn money”. This business model, where with small investments it is possible to make purchases in video games of things as varied as virtual “kittens” which are then traded, has gained a lot of popularity around the world. Even in Venezuela’s hyperinflationary economy where its citizens are looking for alternatives to generate stronger incomes.

Many of Alessandro’s classmates don’t quite understand what he is talking about in his videos. “I had to explain in class what bitcoin is and what it is. I’ll explain to you step by step,” he says. He earned the nickname “cryptofunny” among his classmates and, although he says they still don’t recognize him on the streets, the popularity he adds to him has borne its first fruit: he has won a scholarship to study finance and English for a year

His mother, Eumar León, admits having been “in shock” for several days when her son explained to her that he wanted to be a YouTuber: “for me, it was playing with slime, spending hours with eternal mucus, as seen in the videos of other children your age”. When the idea was to enter the world of digital currencies, well, the story changed. Today, it is she who helps him prepare the scripts for the show and take care of social networks.

“Today, I see it as a way of teaching them, of guaranteeing them a future. They understand where the money is coming from. He himself told me that he wanted to do something different on YouTube, and so his boyfriends would start saving too,” says Eumar. And what started as a family project is growing, he says other parents have approached him interested in their children having a better financial education.

For Alessandro, it still seems like a game he loves. “I don’t want to be like adults who spend all day (on social media) talking about what they eat, what they do, talking about their whole life.” He still struggles with math at school, he plays football and since the age of four he has been part of the National System of Children’s and Youth Orchestras of Venezuela where he learns to play the clarinet and the flute.

As an adult, you want to study robotics: “I want to build devices that never existed” Investments in digital currencies? “I’m going to keep doing it until it’s big enough,” she warns. That initial $10 has already turned into $160. Not bad. Others, surely, at the age of 20, they did not even have this backup.

Cryptocurrencies – Tips for taking care of your money