Why the digital pound is NOT a cryptocurrency 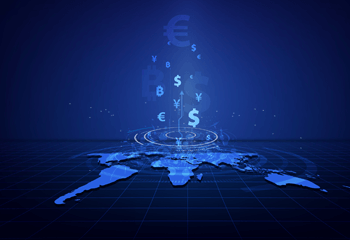 Whether or not you believe the hype surrounding cryptocurrency, whether you think it’s a scam or maybe the next big investment, the impact of cryptocurrency has been significant. Initially, cryptocurrencies were an ideal means of monetary transaction for illicit activities thanks to their lack of regulation and the disconnect between individuals and wallet owners. As their potential for legitimate use became more widely known, millions of investors bought into the crypto markets in the hope of realizing incredible gains. There are many stories of investors making millions and of those who lost millions after losing their private keys that allow access to their untapped treasure.

Recognizing the popularity of digitized currencies, governments around the world have started developing their own digital currencies, including the Chinese digital yuan, British digital pound, and even rumored digital dollars. However, the term “digital currency” is often used interchangeably with “cryptocurrency”, leading to confusion as to what each is and how they differ.

For example, a digital book would be nothing more than a number stored on a bank’s server, and the use of this digital book is not made public. The bank would have full control over this digital ledger, and only the bank, sender and receiver of a transaction would be the parties involved. For a cryptocurrency, anyone can see a transaction between two parties. The entire network must be in agreement for the transaction to take place. Only the sender can initiate a transaction with a private key known only to him.

Some cryptocurrencies (like Ethereum) are designed with smart contracts in mind. These contracts are automated software routines that agree to exchange money after a set of conditions have been met. The decentralized network is used to verify that these conditions are met, which helps to ensure that funds are available for a smart contract as well as to process payments.

IoT devices are an area that could greatly benefit from smart contracts. Data is an extremely valuable commodity, and devices that collect data (like sensors) could use smart contracts to receive payment from companies looking to buy their data. These payments would be fully automated and the network would be used to authenticate data and payment.

Another use of cryptocurrency that has already been deployed is payment for services. Specifically, the Helium network is a LoRaWAN network that pays access points when serving connected clients. This encourages users to establish access points while simultaneously improving the network coverage of LoRaWAN devices. Blockchain is used to authorize connected devices to have the funds to send a message, and this whole process is automated.

If there’s one thing you might have noticed in the previous section, it’s that digital currencies were never mentioned. All the benefits of digitized currencies come from cryptocurrency through their transparency, use of a public ledger, and use of a decentralized network to process transactions.

Digital currencies, however, present major issues that, if implemented, could have serious implications for privacy and freedoms. The first is that digital currencies, being centrally controlled, do not offer the same level of protection against theft as decentralized networks. There are only two ways to steal cryptocurrency; a wallet’s private key is obtained, or more than 50% of the network is controlled by a single entity. Considering that it is very unlikely that one entity will have majority control over millions of connected computers, the only option left is to obtain a user’s private key, and this difficulty depends on the ability of the user to protect this key.

In the case of a digital currency, the use of a centralized system means that a single entity has control of the currency, and as such, the entity in power can make changes at will. Instead of attacking an entire distributed network, an attacker can focus their attention on a single server. If that server’s security isn’t absolutely watertight (which it never is), transaction databases can be accessed, money moved, and even outright transferred without the need for private keys or authentication from an entire network.

However, by far the biggest problem with digital currencies is that their centralized control allows restrictions to be imposed on them. Governments around the world have talked about how digital currencies can be encoded with spending restrictions, meaning the owner can only buy from authorized vendors. This could be taken further by restricting an owner’s ability to purchase specific items from stores, which would be an outright violation of personal monetary freedom.

It would seem that those looking to gain more control over the financial decisions people make are confusing digital currencies with cryptocurrencies to make them attractive (as everyone knows about crypto owners driving Ferraris and living in giant mansions). But the two couldn’t be more different, and it’s essential that you know the difference!

The insightful talk below from Declaration Together discusses some of the themes mentioned in this article and the real threat to privacy and freedom posed by digital IDs.