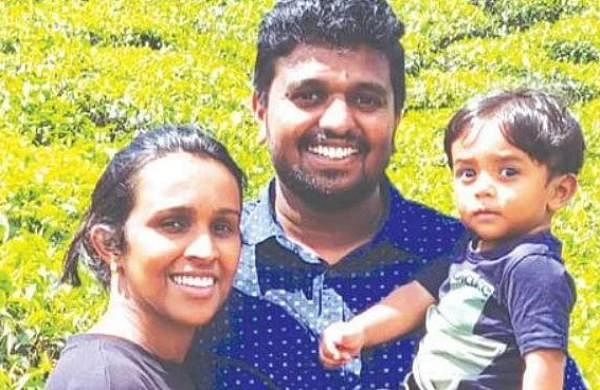 ALAPPUZHA: Until 2014, Sanju Sony Kurian was a young boy who roamed the village of Kallumala on the outskirts of Mavelikkara. Now he is a Singapore-based millionaire. He was featured in the Forbes 30 Under 30 Asia List 2022. Forbes considers him one of the 30 entrepreneurs in Asia who would dominate digital financial services globally in the near future.

Sanju, 29, is the co-founder of Vauld.com, a Singapore-based company that deals in cryptocurrencies. It is one of the biggest startups dealing with cryptocurrencies and cryptocurrency banking in the world. The company which was launched in 2019 earned a multicrore investment in 30 months.

Peter Thiel, a German-American venture capitalist and co-founder of PayPal, has invested around Rs 200 crore in the company. Sanju is the eldest son of Sony George Kurian from Kurian Cottage, a middle class family in Kallumala. According to Sanju, he had no particular dream when he completed his MTech Computer Engineering from Government College of Engineering Munnar. “I worked in various IT companies in Kochi, but the passion to do something different grew in me gradually.

I was fascinated by finance. In 2018, I moved to Bengaluru to explore the potential of computer engineering. Later, I started thinking about cryptocurrency. In my pursuit of my dream, I met Darshan Bathijia from Coimbatore. We discussed the possibility of trading cryptocurrencies. He was passionate about the field and started Vauld. com jointly in Bangalore on December 31, 2018,” Sanju told TNIE over the phone from Singapore.

“In India, cryptocurrency trading is not highly regarded. Many frauds have been reported on the ground. Laws in India are weak to handle such businesses. Therefore, the startup was registered in Singapore and we operated it from Bengaluru. In Singapore, crypto transactions are regulated by government laws, so we moved to Singapore in mid-2019,” said Sanju, CTO of the startup.

“In the beginning, customers used Vauld.com to buy and sell cryptocurrencies like bitcoin and ethereum. Now we plan to convert Vauld into a neo-bank like all nationalized banks in India,” Sanju said.